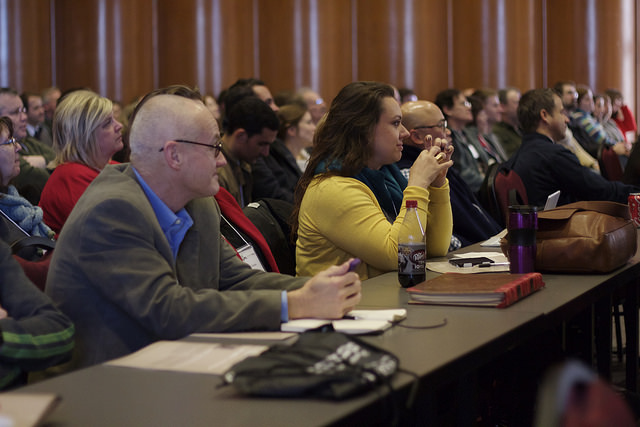 Thank you again to everyone who attended this year’s Academic Tech Expo. We’ve already received a ton of great feedback from those that attended and wanted to take some time to provide a recap for those that weren’t able to attend as well as answer some questions we’ve received since the event.

This year’s event was our most successful to date in terms of numbers and positive feedback. We had 272 attendees, surpassing last year’s numbers by almost 25%, hosted 6 pre-Expo workshops (a first for the ATE), and held 32 sessions on the day of the Expo. Our most popular session was D2L and Office 365 Integration – Enhancing the Learning Experience. Overall, attendees rated this year’s event as “excellent” with special recognition for the ease of parking near the venue, the helpfulness of volunteers and for enjoying this year’s keynote, Jim Groom. We also received a very positive response to our evening reception. We noted that some attendees had to leave prior the reception and plan to try and hold it earlier next year so everyone is able to make it. If you weren’t able to make it to this year’s event, you can take a look at the coverage in Campus Technology and the OU Daily or view photos from the day here. 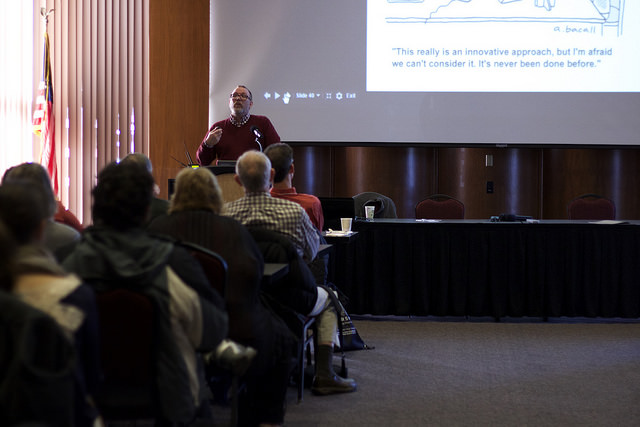 Now to answer some of the questions we received from this year’s attendees. After last year’s event, we spent a significant amount of time touring campus looking for potential sites for the 2015 ATE. We just barely fit in the Physical Sciences Center last year and were worried that with any growth, there would not be adequate room for all attendees. The only areas with sufficient space on campus were the CCE Forum and the Oklahoma Memorial Union. Due to the Union already being booked for updates, we opted for the Forum. Thus far, more than half of the respondents to our post-Expo survey would opt to have the event at the Forum again in 2016. Even we were surprised by the positive feedback we received about the location including the fact that it felt more like a conference and made eating and mingling easier during breakfast, lunch and the reception. 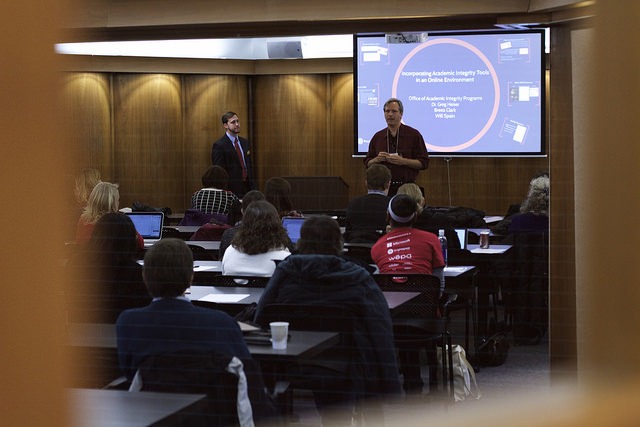 Another new aspect of the event this year was the pre-Expo workshops. We received some feedback that people did not hear about these workshops early enough and have taken that into consideration for next year. We plan to communicate these earlier and to take suggestions from this year’s attendees as to what topics to include next year. Feedback we’ve gotten so far includes using the D2L grade book, rubrics and Wiggio, OU Create, online course best practices, using Qualtrics effectively, and alternatives to PowerPoint.

We had to cancel a couple sessions at the last minute due to illness. We’ve reached out to these instructors and are planning to reschedule these sessions for later this spring. We also had requests for follow up workshops and more in-depth, hands on sessions and as a result are working to schedule additional workshops throughout the spring semester. Stay tuned here for more information on these workshops.

When we conceptualized the expo three and a half years ago, we had no idea it would turn into the event it has become today. We have tried to be flexible throughout the years while keeping true to our original mission – to bring instructors together from across the University to collaborate and share innovative ways to use academic technologies to enhance the student learning experience at OU. We hope that this year’s attendees got a glimpse of that mission and that those who could not attend will consider joining us next year. In the meantime, we’ll be working to make next year’s event even better.

Have additional feedback about this year’s event? Please email academictech@ou.edu or leave your thoughts in the comments!